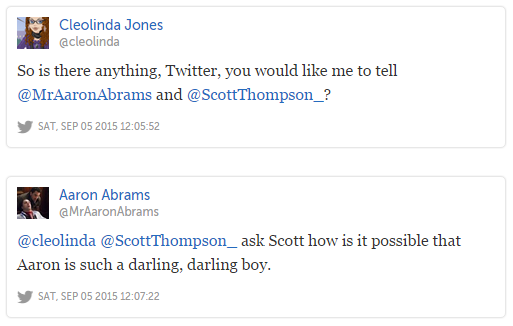 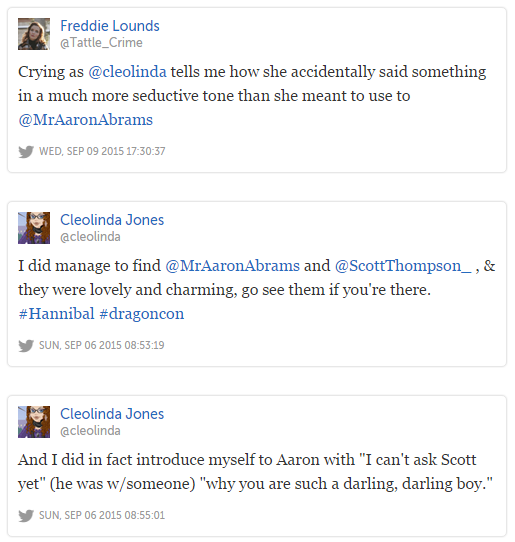 SHORT VERSION: I had A Very Long, Very Hannibal Weekend. The fan panel giveaway was wonderfully smooth; I went to all three of Scott Thompson and Aaron Abrams' Q&As and got pictures signed for Freddie; I met tons of people and hung out with friends and generally had a great time (and even the elevator fight is mostly just a funny story now). I seem to have dodged any kind of deathly con crud--in fact, other than my feet and lower thighs, which are all super mad at me, I feel pretty damn good--but I'm really tired and full of frozen custard at the moment. Let me hit you with some quick links:

I'm collecting tweets and things as a foundation for some kind of writeup, so these are posts in progress; general adventures are in the first Storify and Hannibal-related things are in the second. (Alina found herself at a Mads Mikkelsen Q&A at the Fan Expo in Toronto, so I ended up folding in tweets and pictures from that convention as well.) I'm going to go ahead and let you look at all the miscellaneous posts, though, so you can tell me what you'd like to hear about most when I write it up a little more.
Collapse